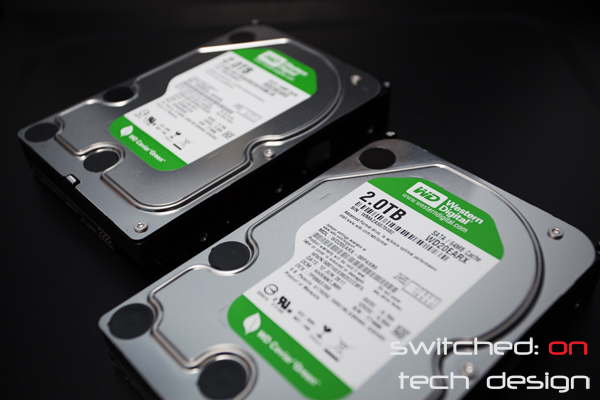 We get asked fairly regularly about resilver rates for ZFS pools – these matter as it impacts on how quickly a vdev with faulty disks can rebuild data onto a fresh disk, as well as how quickly you can swap one disk for another. The longer it takes to rebuild the vdev after a disk has died, the longer your pool is operating with less redundancy – meaning that if you have had one disk fail (raidz1) or two disks fail (raidz2) already then one more failure before it has finished rebuilding will cause the vdev and zpool to fail.   Today we have been tasked with swapping new drives into two 6-disk vdevs, each consisting of a mixture of WD20EARX and WD20EARS drives – Western Digital 2TB green drives. One array contains 8TB of information, the other 5TB. The 5TB array fluctuates around 245MB/s resilver rate, and the 8TB fluctuates around 255MB/s – giving around 6 hours and 9 hours rebuild times respectively.   These figures are what we would consider typical for that size of vdev, given the disks involved. We will post more rebuild rates and add them into a database over time – stay tuned 🙂