If you want to see how much traffic is passing through your network port there’s a handy tool called vnstat which will tally the amount of data passing through. You can install it with:

It will usually add the databases and network ports automatically like so:

If it doesn’t and gives you an error you can create the database(s) with:

If you have multiple network cards/ports you can add those in, too:

If it couldn’t create the databases you can start it with:

If you need to change the maximum bandwidth from 100Mb you can edit the file:

Scroll down until you see the following:

# maximum bandwidth (Mbit) for all interfaces, 0 = disable feature # (unless interface specific limit is given) MaxBandwidth 100

and make MaxBandwidth the figure you require (e.g. 1000). If you make a change restart vnstat with:

You can now see how much traffic has come through the NIC since vnstat started recording – at first it probably won’t be much (if any), but as it adds up you can check it with:

You can watch how much traffic is flowing through in real-time by running:

This will give you a screen showing you the current traffic:

You can end this with CTRL+C, which shows you a summary screen:   https://www.sotechdesign.com.au/match-international-dating/   You can get an hourly summary with: 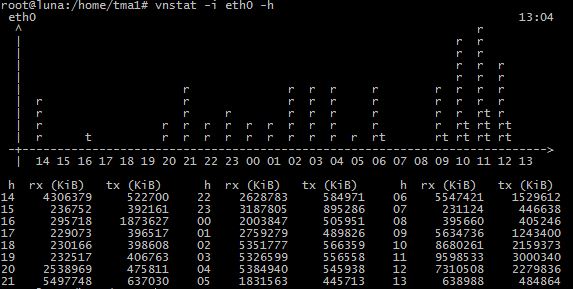 This is a really handy way of keeping track of your network traffic – whether it’s out of curiosity, wanting to know how much stress your network is under or looking for a bottleneck this can be quite a valuable tool.
The EdgeRouter Lite is Ubiquiti’s latest router with some pretty high-end features at an entry-level price. The tagline is “The world’s first sub-$100, one million-packets-per-second router” – US dollars, of course. It retails for around $140 Australian. 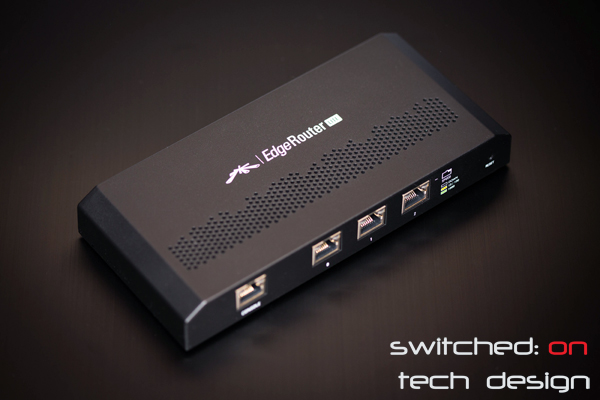 The first part of the review is going to focus on the actual unit itself, the second on the software and performance. The box itself is reasonably innocuous – matte black plastic with ventilation holes top and bottom. It is quite light in the hand – under 300 grams – and around 20x9x3cm. One interesting thing on the box is the testing date is clearly marked on the top: 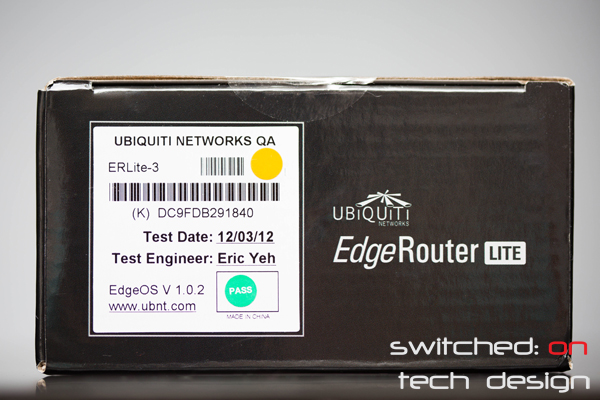 Having the engineer’s name is a nice marketing touch – giving the impression that someone has personally tested this unit. This might be the case with every other product out there but few draw attention to it. Inside the box itself is the unit itself, a charge cable, a quick setup guide, some wall-mount screws and… that’s it. While there is a console port on the back Ubiquiti don’t provide you with a cable with which to access it – not surprising given the price point. Looking at the unit itself again: 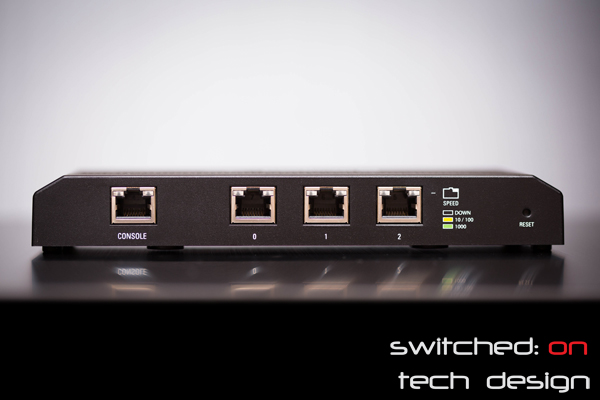 On the left there is a clearly marked console port, followed by the ethernet ports 0, 1 and 2. It’s nice that they’re clearly labelled, and the speed indicator colours are also quite clearly marked. On the far right hand side we see the reset button:

Looking at the other side we’re greeted by, well, not much. Some faux ventilation holes, the power connector and a ground screw. 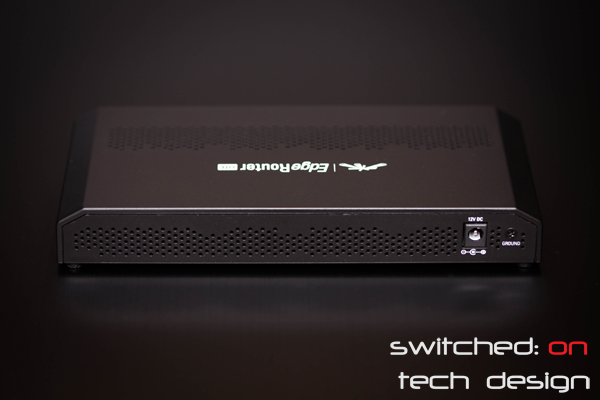 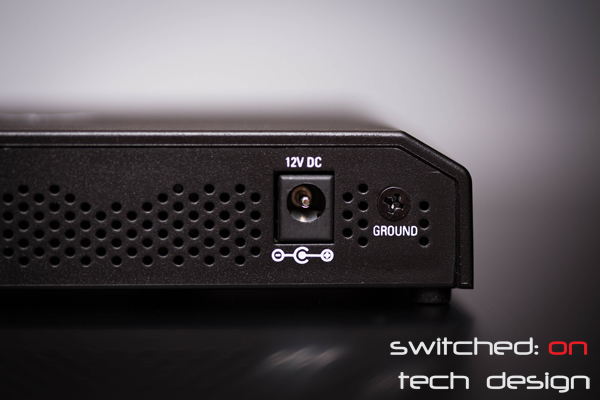 Speaking of power, the power brick is a mere 1A and is reasonably small: 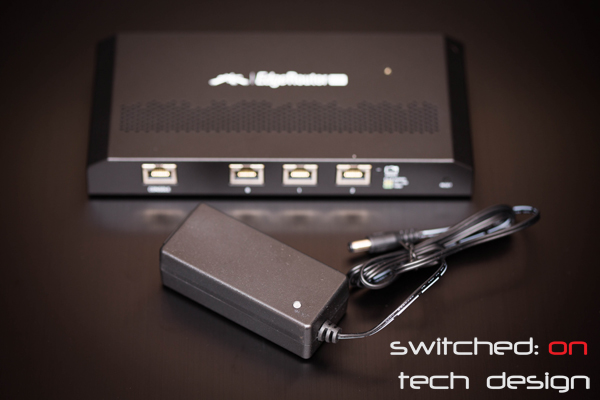 The brick uses a cloverleaf connector. 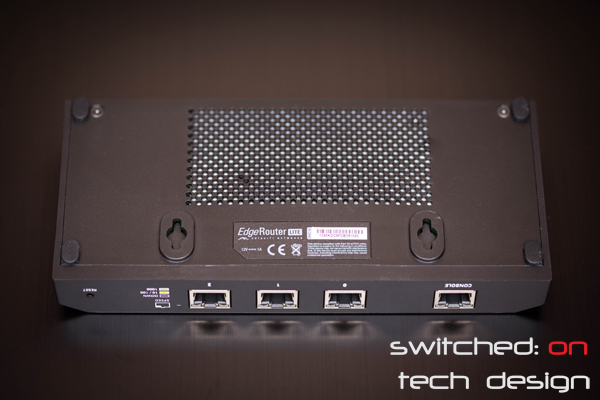 On the underside we have the wall mounting holes, four rubber feet and some ventilation holes. The feet give the chassis a few mm of breathing space: 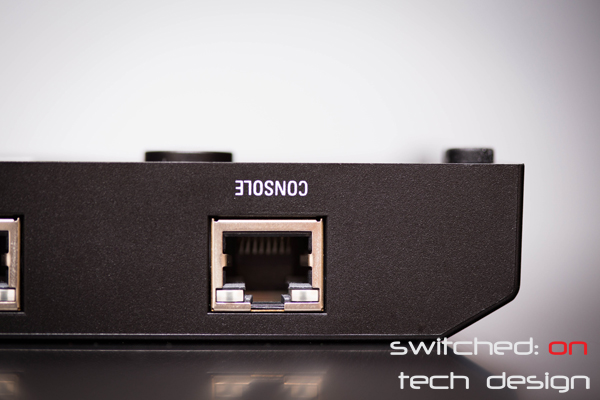 That’s it for the outside of the box – stay tuned for Part 2, where we look at the OS and what this little box can do!
We got our first Intel X520-T2 10Gbe cards in this week; benchmarks and a review won’t be available for a couple of weeks yet but we’re expecting big things… 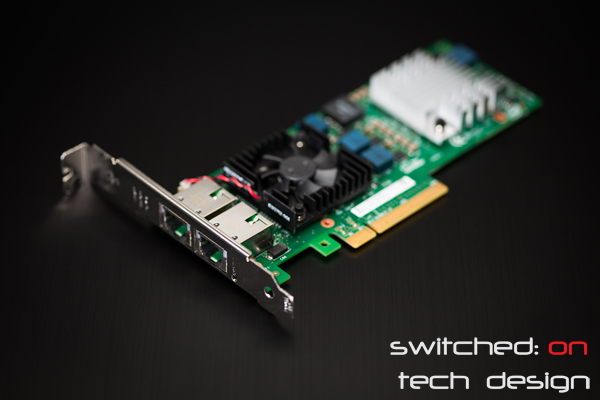 Stay tuned for more!
If you’re running an OpenIndiana/OpenSolaris fileserver chances are you’ll need a static IP so that you’ll always know where to find it on the network. There is more than one way of doing this but by far the easiest is using NWAM, or network auto magic.   Do the following (the # at the beginning means you need to have superuser permissions for this, and any line without bolded text at the end means you just hit enter):

Intel have released some information about ECC in their networking cards; 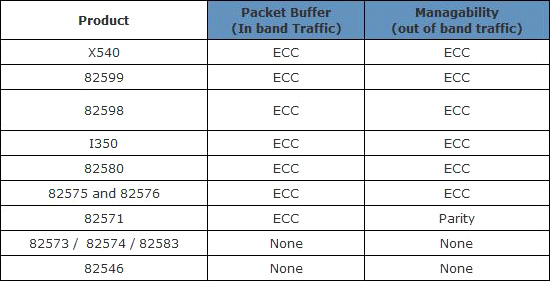 Some of the older chips like the 82571 – found in cards like the Pro/1000 PT single/dual/quad port NICs – actually do have error correction on the in-band traffic, which is good news. You can see that the latest generation (i.e. i-350, i-540 etc.) have ECC on both the in-band and out-of-band (management) traffic – that’s on top of benefits like lower TDP and CPU consumption.   Of note is that the more common chips for onboard Intel Gigabit LAN ports – e.g. 82574L – doesn’t feature ECC or parity at all on either in-band or out-of-band traffic. For those who are trying to create the most stable, secure system possible this is a consideration which may prompt you to look at some of the newer network cards which do have those features. I would think that for the majority of users it’s unlikely to have a significant impact on your data long-term but if you’re buying new, it pays to have all the facts. Also, for those of us who are paranoid about data corruption, well, there’s now one more place you can have ECC for your peace of mind…   Source. 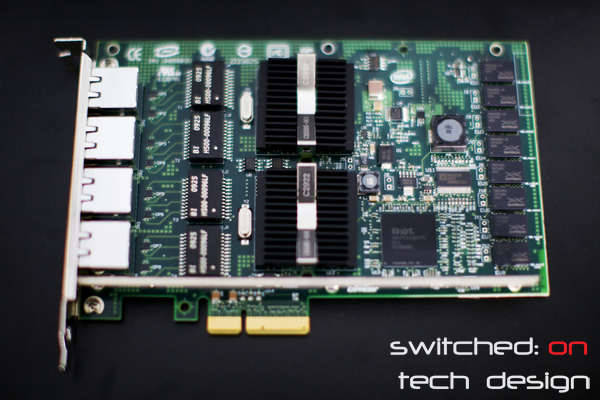