Skip to content
We’ve been looking forward to this little box for a while and now have one in for testing:

Stay tuned for a two-part review 🙂
We got a new unit in-house that we’re trialling – the new Corsair VS450 entry-level PSU. 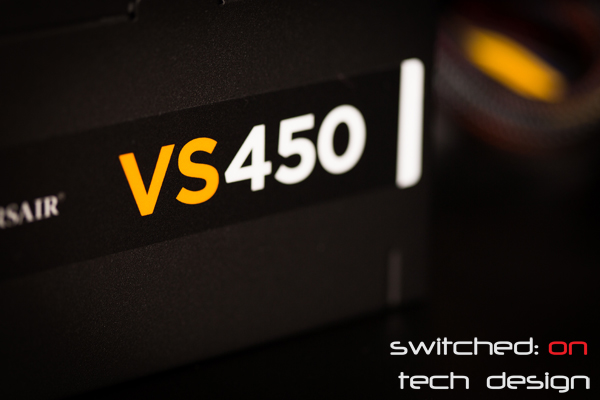 Featuring 450W of output, a single 12V rail, two PCI-E connectors and a 3-year warranty it provides an interesting option for builds with a single midrange graphics card. We’ll post back if we find anything interesting in our tests – in the meantime, here’s a couple more pics of the unit: 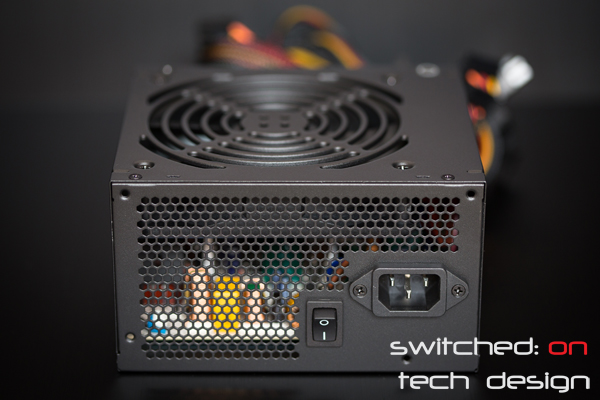 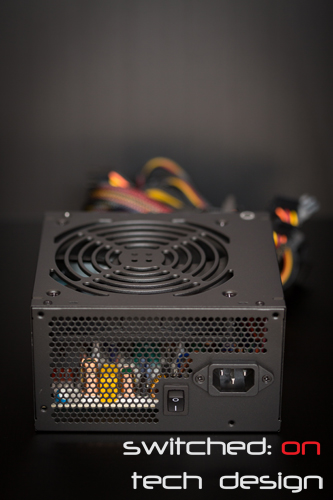 Having trouble with routing SATA cables in a tight space? Don’t forget that you can get SATA cables with connectors at a variety of angles, including 90 degrees to the side: 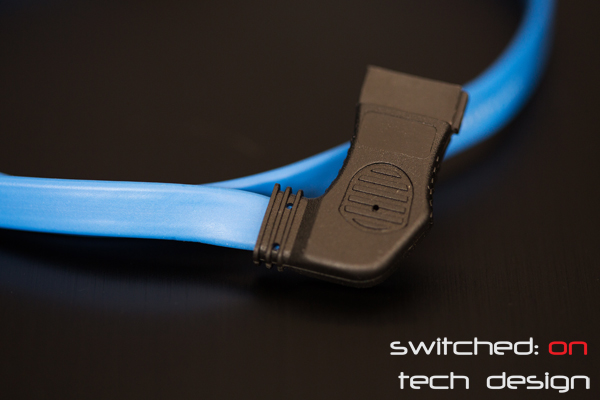 This can make routing cables quite a bit easier – sometimes allowing you to avoid pressing the cable in at an odd angle or putting pressure on the connector (which can break your $100+ drive rather than your $5 cable). The other end can be straight or 90 degrees – straight is usually the most handy for the motherboard end: 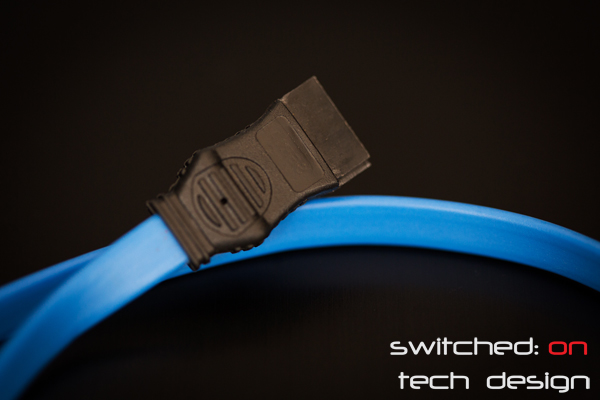 They’re around the same price as a regular straight-ended SATA cable – only a few dollars each, which is well worth the investment if it means avoiding putting strain on your drives or potentially damaging the cable through awkward routing. 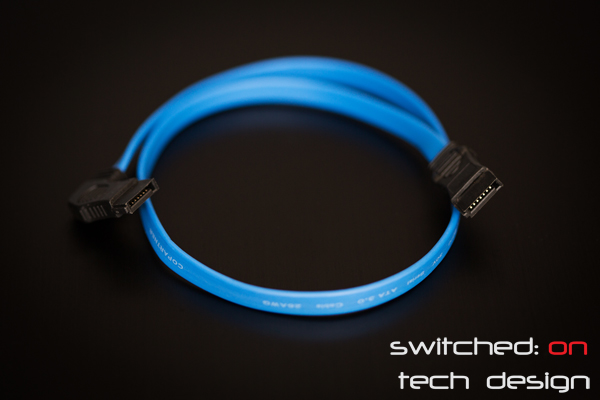 Hope that helps someone who didn’t know they existed!
One of the best gaming cards for those on a budget at the moment is the GTX 650Ti, and one of the most cost-effective models is the Palit version. Clocked at 928MHz with a memory clock of 2700MHz, it supports up to 2560×1600 resolution (or 2048×1536 over VGA). 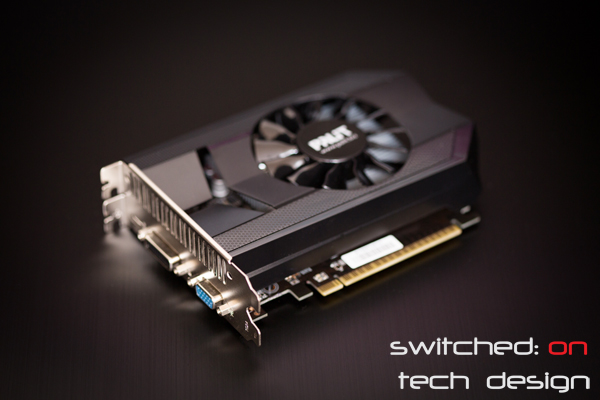 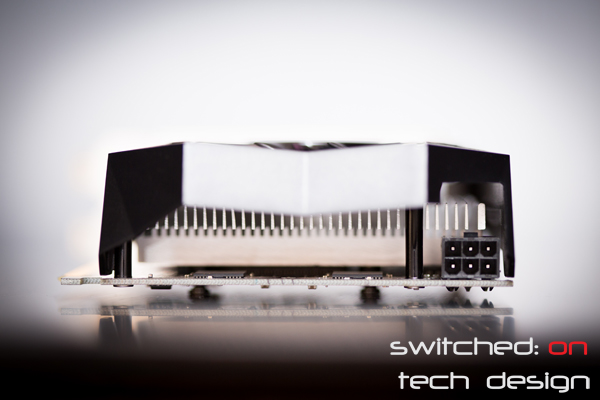 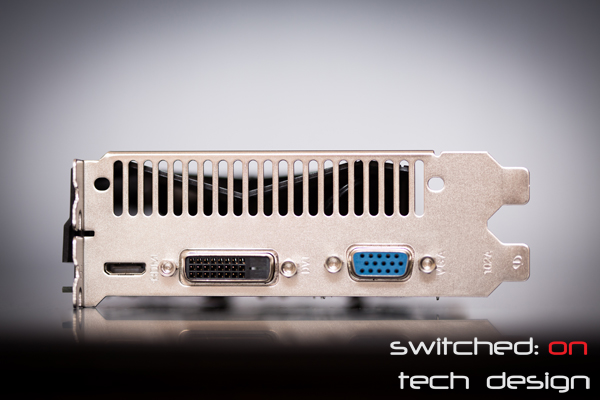 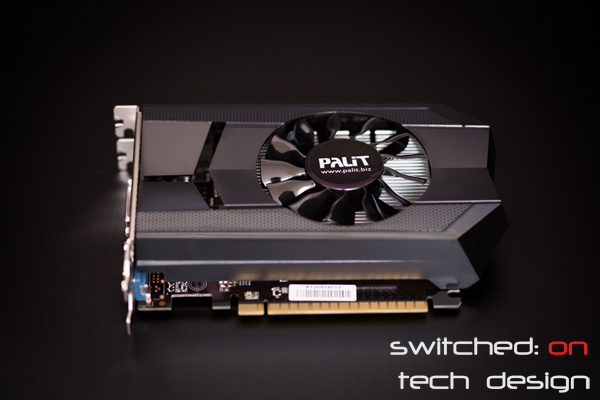 Here we can see that the fan shroud does not extend very far past the PCB, and that the cooling fan exhausts the hot air back inside the case. Given that the card shouldn’t produce a great deal of heat this may not require additional cooling if your airflow is already reasonable, though it is something to keep in mind. 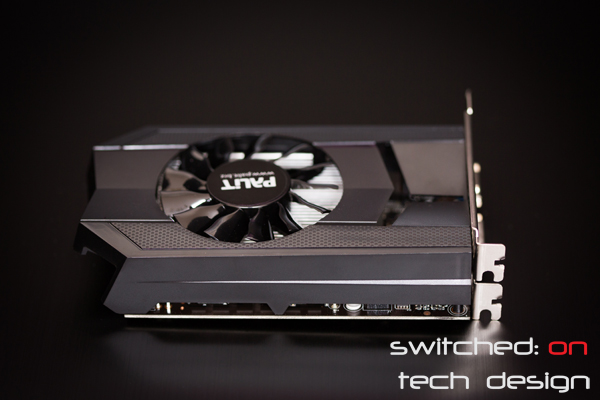 Nothing remarkable at the top of the card – there’s enough space for some air to escape after passing over the hot components and little else. 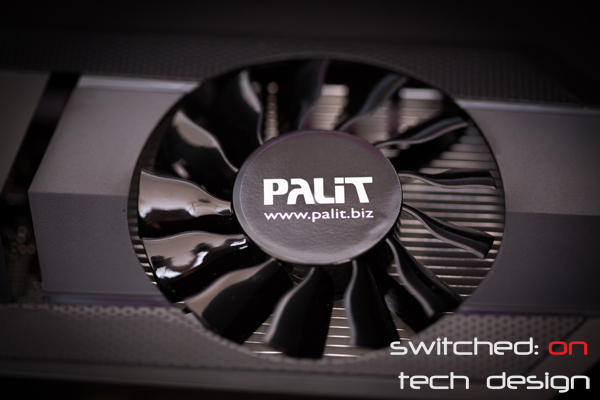 The fan is a 13-blade design and is reasonably quiet in day to day use – not surprising given that the card isn’t producing a great deal of heat. 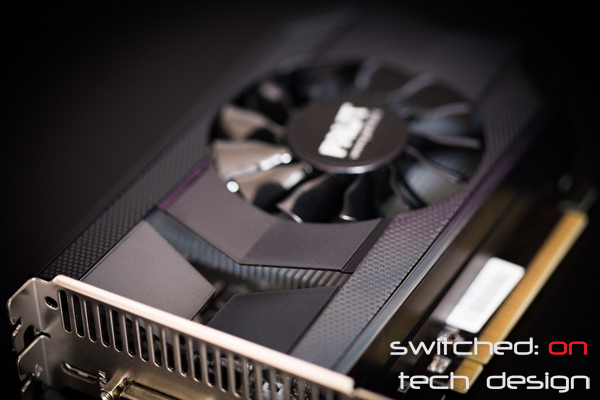 The plastic shroud next to the fan is stylized somewhat – enough to make it look interesting without going over the top. There’s some faint patterning along the length of the card: 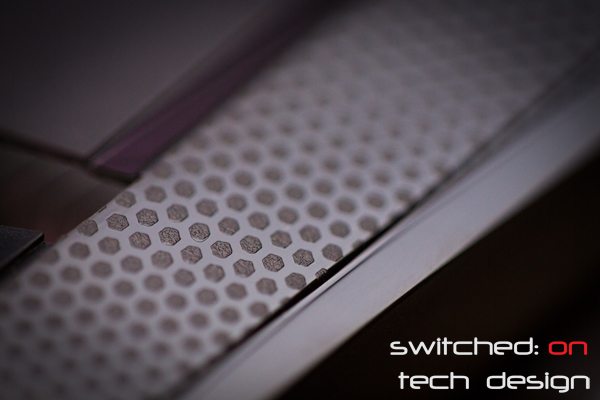 For around $150 the card represents a cost-effective way of getting much better graphics performance than the integrated CPU graphics of either AMD or Intel. Also worth noting is the card’s 2-year warranty. The new architecture from Nvidia is more power efficient than the previous which means that the card not only uses less power but produces less heat, which means less effort to keep it cool and lower noise levels as a result. Overall, Nvidia seem to have a winner on their hands here and I wouldn’t be surprised to see this or another 650 Ti variant making it’s way into a fair few of our budget gaming builds.
We have finally got one of these cards in-house for testing; 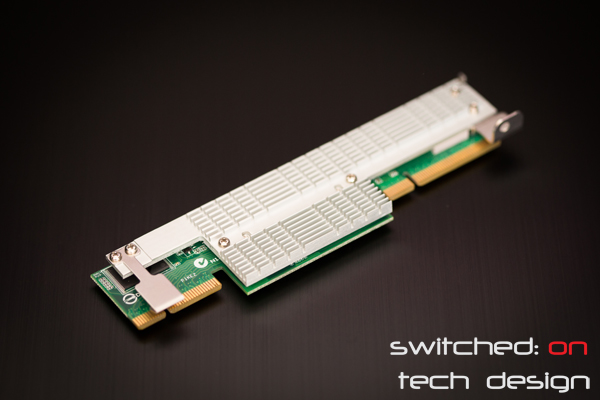 We’re particularly interested in how it compares to cards like the M1015 in IT mode as an inexpensive way of adding 8 SAS/SATA ports to a storage server. Expect a post soon reporting on what we find! You can buy the Asus PIKE 2008 card from Amazon.com:
Our Canon MFC kicked the bucket recently and we’ve chosen to go with a Brother replacement this time around; it’s hopefully going to be around for a while so if you have any questions about it, drop us a line. Depending on how it fares we may do a write-up of it down the track as a long-term review. 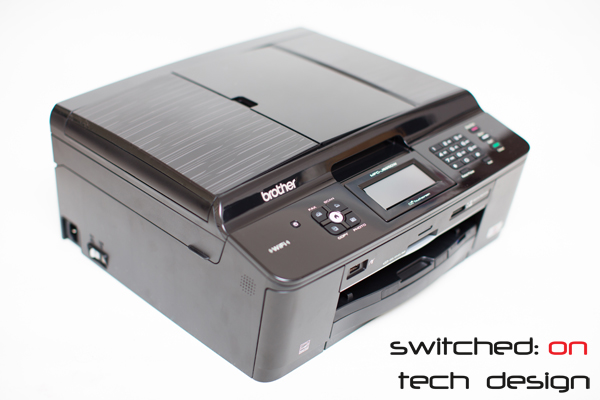 So far it’s printed a handful of pages, about a dozen DVDs and scanned in about 1,000 receipts without complaining so it’s looking promising so far!
Are you interested in saving money on your electricity bill? LED bulbs use around 20% of the power of a regular halogen bulb, while producing an equal or greater amount of light. Considering that room lighting is one of the hardest things to cut back on, this is a great way of saving money each bill – if you even have a bulb on for 6 hours a day you recoup the cost of the LED bulb in mere months if your electricity is around 30c per kWhr, which is about what we pay here in NSW. 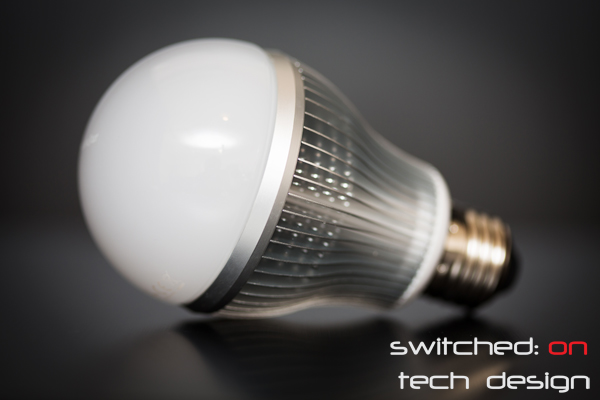 It’s not all about the cost, though – using less power is a good way of reducing your carbon footprint and your overall impact on the environment. The bulbs screw into standard light fittings – whether an Edison E27 screw mount or a bayonet mount – and also come in fluorescent sizing. You have the choice of warm white, neutral white or cool white and a wide range of wattages to choose from. 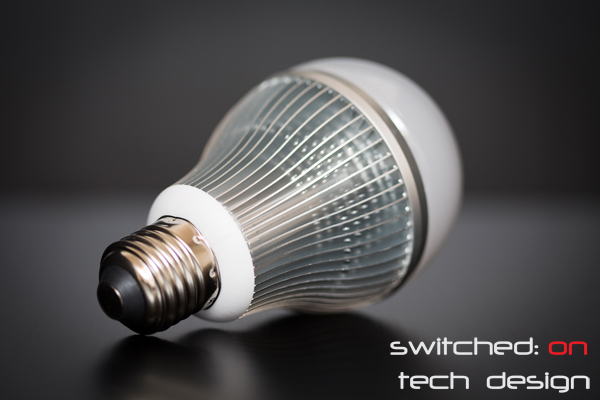 There are also LED spot lights and smaller bulbs available. If you’re interested in saving money through using less electricity, contact us today and we will give you a quote! 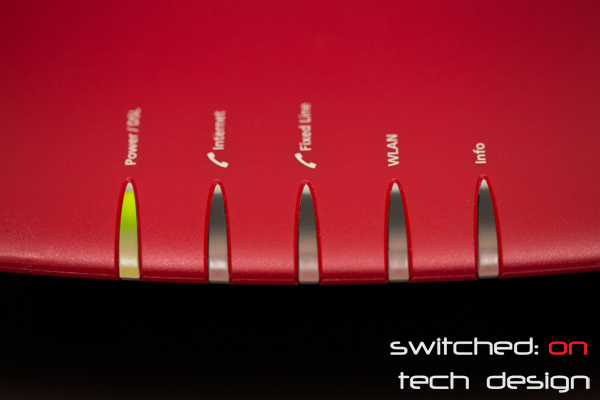 We’re currently testing this as a pretty comprehensive modem/router/VOIP solution – stay tuned to hear how it goes!
If you’re in the market for an understated, quiet case that performs well and leaves plenty of room for expansion the Fractal Design Define series is quite likely to be on your list of cases to investigate. The latest revision of the case is R4, which draws upon user feedback on the R3 and features a host of minor changes. So how does it fare? 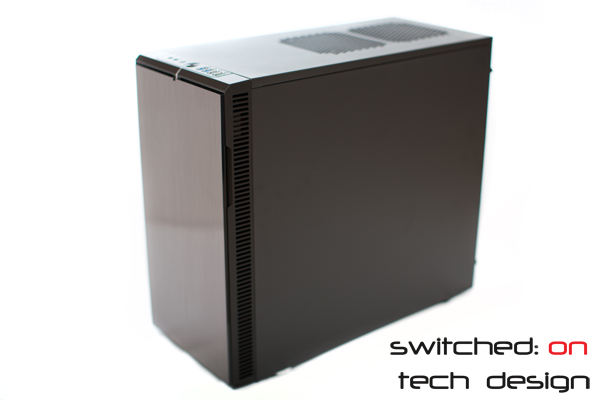 END_OF_DOCUMENT_TOKEN_TO_BE_REPLACED
Here is a comparison of the Define R3 and R4, side by side – the R4 is the larger, black case and the R3 is in white.   When the front panels are lined up like so… 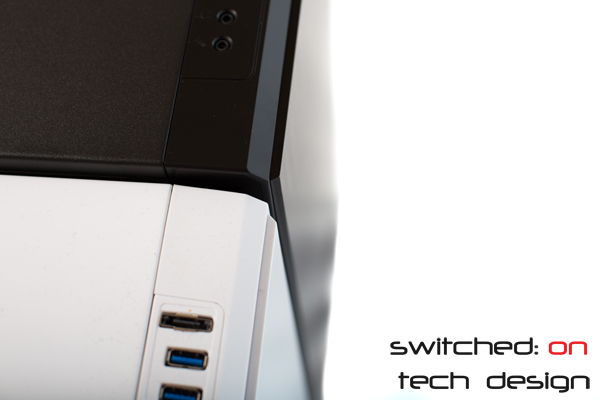 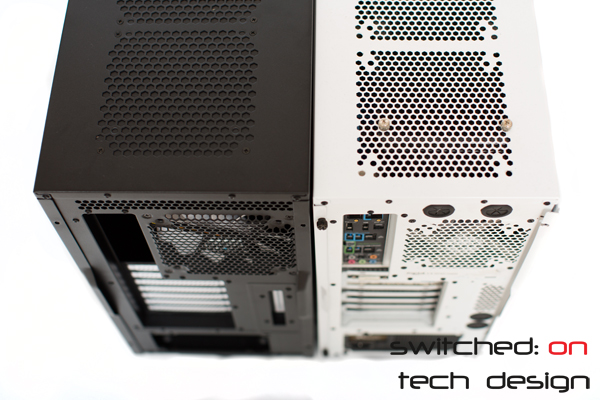 Same length! As for the width: 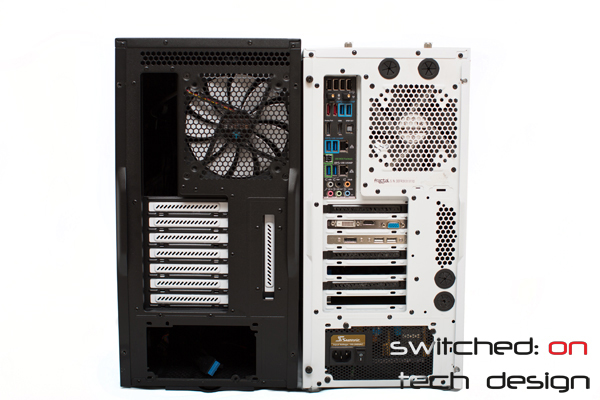 As you can see the R4 is substantially wider – it also replaces the grille and twin rubber grommets for water cooling with a  vertical PCI expansion slot, which is arguably more useful. The rear exhaust fan mounting has gone from a 120mm-mount to a 140mm mount – 120mm fans can also fit, mind. The front intake and top intake/exhaust fan mounting points are also 140mm-compatible now as well on the R4 (again, 120mm still fits). 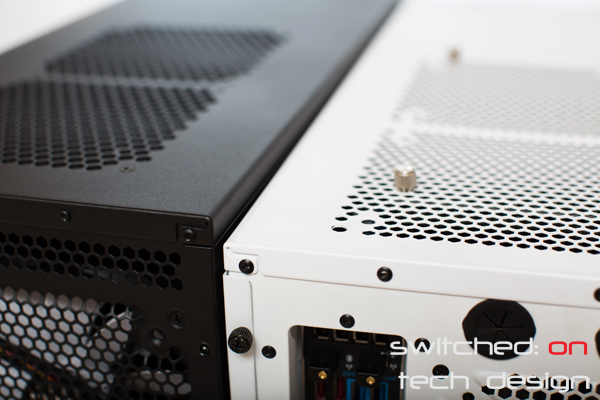 As you can see the R4 is slightly higher, too.   More comparisons to come as well as a full write-up of the R4 🙂